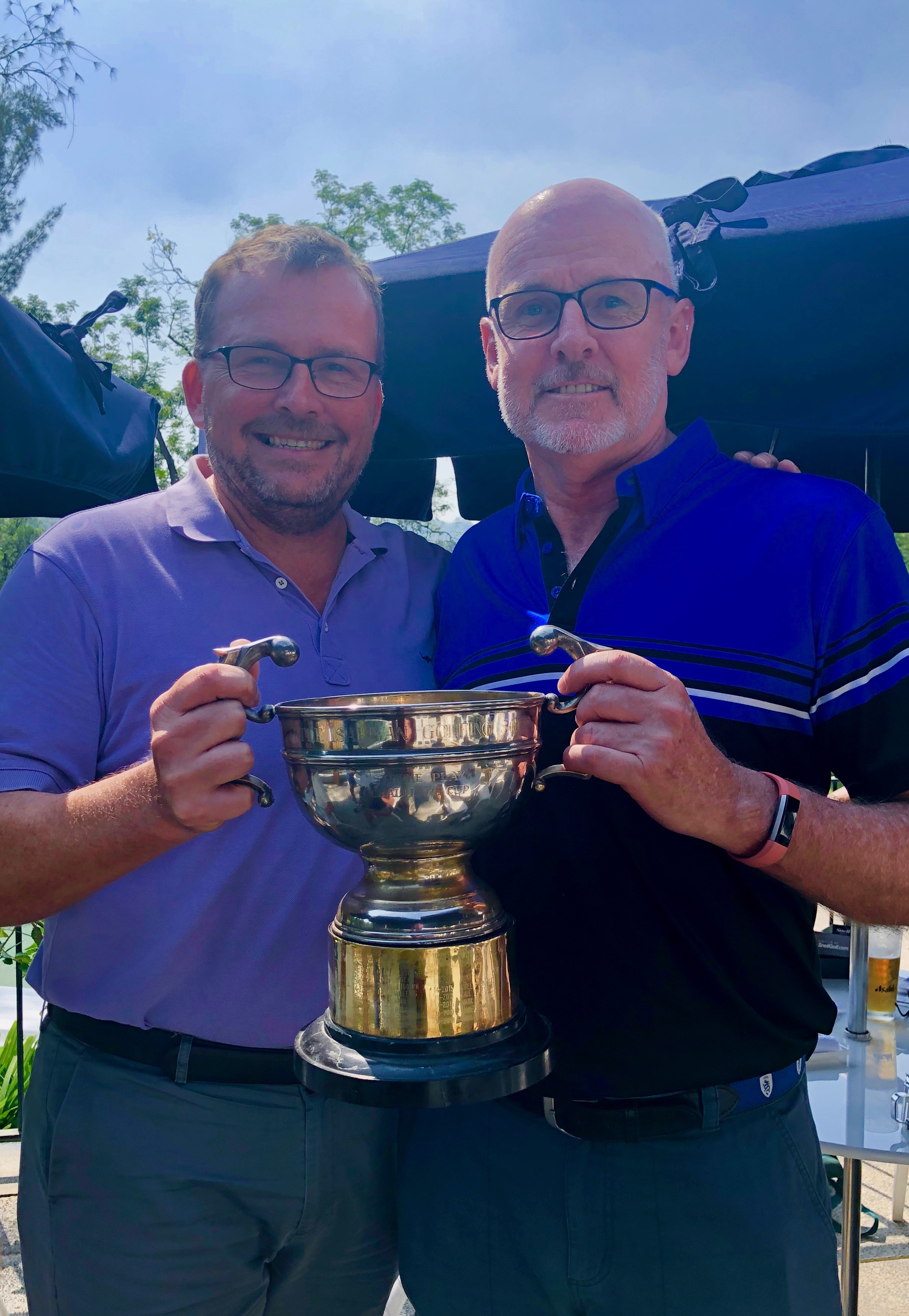 A beautiful day on the Old course with reasonable temperatures and blue skies.

A flawless performance from Noel Prentice gave him the title, closely followed by JP and Stephen Ahmoye.

Raaj won shot of the day thanks to a 375 yard drive, assisted by several bounces along a cart path, a few monkeys, and some divine intervention, leaving him 140 yards in on the par 5 14th.

Best team won by Sandy, Justin and Randy, one of three teams who managed to retain the yellow ball all day.

Several matches were played as follows:-

Sadly keenest golfer was Lorenz, who seems to  need a bit of practice as event manager as the stress clearly got to his golf!