Match Report
Jens Munk Trophy & Champions Cup New Course
15.06.2021
The Heat is On
With a field of 36 players, 28 members and 8 guests there was a true prize frenzy ahead of us on the day. The Champions Cup was extended for the first time in history to the OOM 2020, Match Play Semifinalists and Lowest Gross winners of 2020 to give us a sizeable field with interesting results. More of that later.
Unfortunately, Vance had to pull out with a mysterious back injury last minute, so no matches were played at this event. Previously, Lorenz had beaten long hitter Richard Waag 3&2 on North Course.
Eight guests and only 5 committee members posed a little challenge as we need guests to play with committee members before being accepted. This time, four of our guests did well, scoring 87 gross or better with the other four probably requiring a bit of practice before being admitted to the society.
It was great to welcome Simon Hague and George Sobek as new members for the first time. Unfortunately, we had to say farewell to Tiku, who is leaving to Britain with his family. Hope to see you again soon, Tiku, and thanks for the beers.
The team competition (Cha Cha Cha) was won by Nick, Nigel, Ian and Mark on a very good 86 points. On the other end of the leaderboard were Lorenz, Hilly, Matt and Don on 69 points. Pity that there were no Keenest Team prizes this time.
Playing two competitions of course meant that we also had two keenest golfers. Don narrowly beat Steve, who was wearing his pink socks on course in the Stableford Competition. Don, you’ll have to wear the lovely watch at the next event. The Champions Cup keenest golfer saw a new addition to this category, with Raaj winning the coveted prize. Miraculously, Raaj had disappeared before the prize giving ceremony, certainly a surprise move.
Serial winner Stephen Ahmoye once again won the Lowest Gross, narrowly beating Carel and Terry. We may need to consider cutting shots for this category soon. Nick Gikas and Martin Rinderknecht made it to the winners circle, securing the 1st spot in the front and back nine competitions. Well done.
The Jens Munk Trophy was won by Matt Burke on an excellent 40 points with Will Glover as runner up on 36 points. Matt will of course be cut by 3 shots at his next event. The Champions Cup was won by Carel on a net 70, a super result on a very hot day. Nigel came second, despite a minor blunder on the first.
That minor blunder won him the shot of the day, though. He only passed the ladies tee with his third shot on the first hole. Rumors have it that there were no prayers on the first hole this time which may have contributed somewhat. We will add 3 minutes to the pace of play for Nigel’s group on the first hole at our next event to allow for that.
Our next event is on June 29th from 11.50 on New Course, do mark your diaries. There will be 10 minute tee time intervals which will take about 10 minutes time off our round.

Finally, a bit of unfortunate news from HK Golf Club:
Parking Fees at Fanling for Guests and Visitors – from 1 July
Dear Members,
Due to the Car Park at Fanling often reaching and at times exceeding full capacity, in addition to various other considerations, please be informed that the Club will be introducing fees for Guests and Visitors using the Car Park from Thursday 1 July.
These fees are as follows:
5:00am – 5.59pm:
• 0-1 hour: HK$15
• 1-2 hours: HK$30
• 2-6 hours: HK$100
• Subsequent hour or part thereof: HK$30
6:00pm – 11.29pm:
• Free
Personal Comment: This may bite HKGC in their F&B income. $30 per hour if you stay for breakfast & lunch is a bit steep, given that Fanling is not Central. For most of us who come by car, this will add about $160 to our round of golf.
Lorenz 18.06.21
Photos of the happy winners will be posted on the website 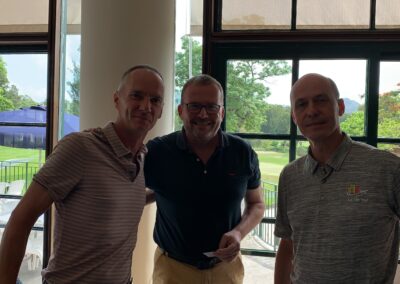 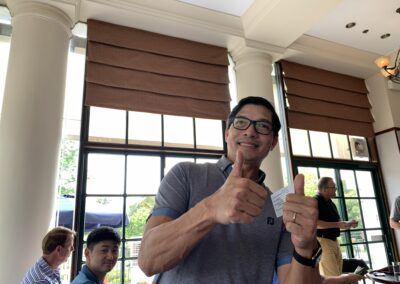 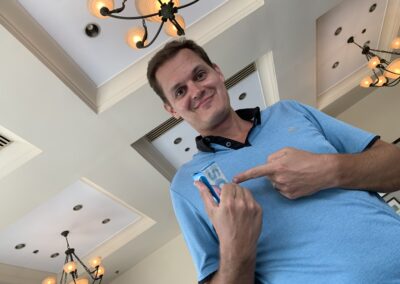 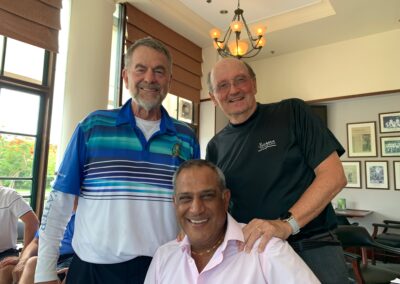