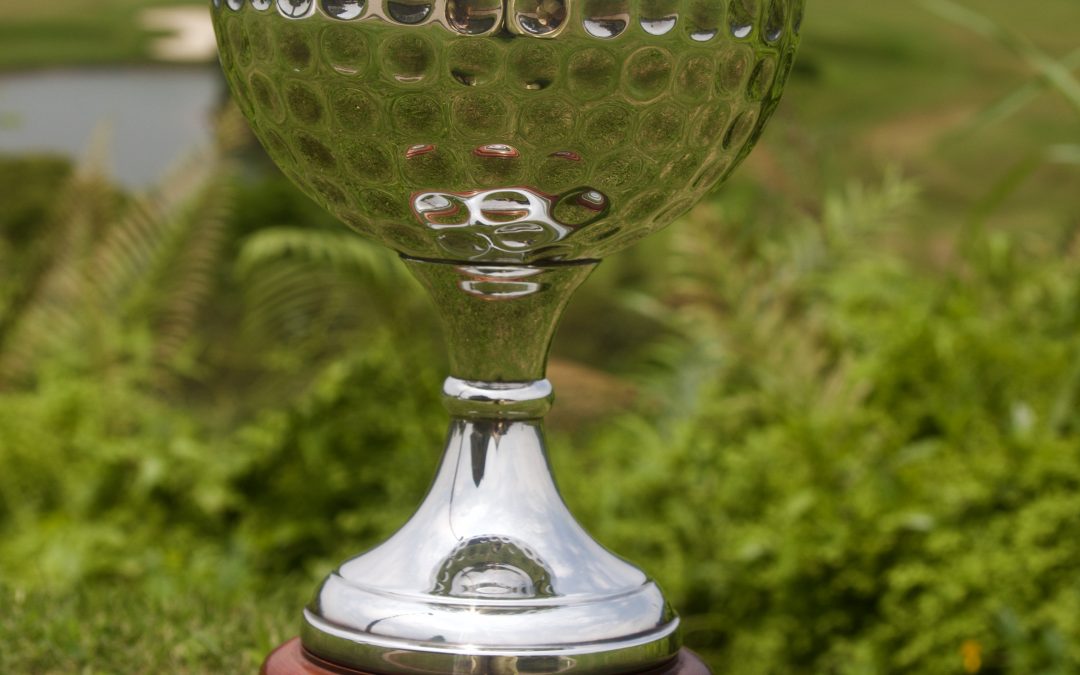 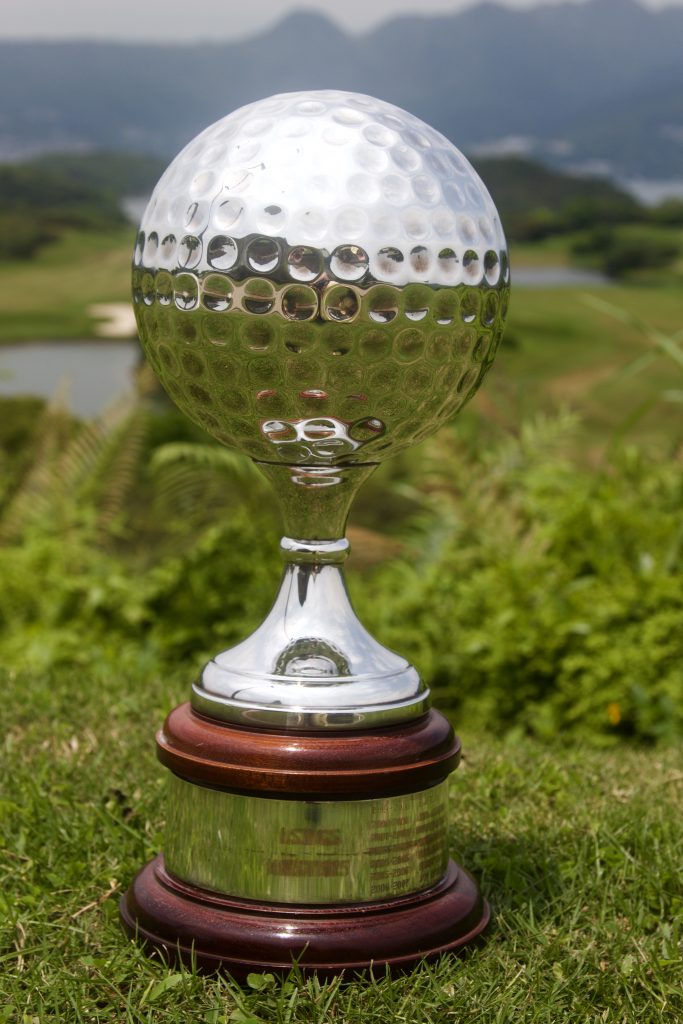 The forecast weather was cold but bright and clear and they were spot on.  Arriving at Sai Kung we were greeted with crystal blue skies and as soon as we stepped onto the golf course and started pulling carts in the sunshine the jumpers came off and the round was played in beautiful weather.
Despite this only one player beat 36 stableford points, with a gusty wind which kept switching directions probably responsible for this – that plus YB dropping 5 shots in the last 54 holes!
The member responsible for beating his handicap was Randy, who has been practicing diligently in Phuket and even putting his scores in apparently!  38 points was enough to comfortably take the green jacket beating Dallas and YB by 3 points.  Dallas blamed this on 2 wayward tee shots which cost 4 strokes and YB on a poor finish.
It was good to se Kalu playing with us again, but one had the impression he had not played since his last LSW outing as he seemed to have minimal control over where his ball went and was rewarded with a nice lady’s watch for his efforts.  I think he tied with Tom McColl for keenest golfer but as Tom disappeared rapidly after his round (possibly to book a lesson) it seemed reasonable to award the watch to Kalu.
Vance seemed to have his name on all the flags, but despite this, age beat ball striking ability as JP won his matchplay round against the bassoon maestro.
Justin did not feature prominently in the prize giving but did receive a rousing chorus of Happy Birthday which brought a smile to his face in the restaurant.
Comment of the day:  When asked why he had not cleaned the trophy Nick Gikas replied “How do you clean a trophy?”.  Well Nick, a rag, a tin of silver polish, and about 10 minutes of elbow grease.  Someone has been in Hong Kong too long! – And not won many trophies!! 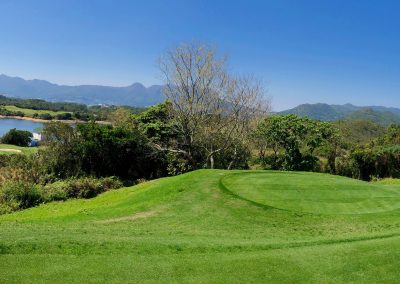 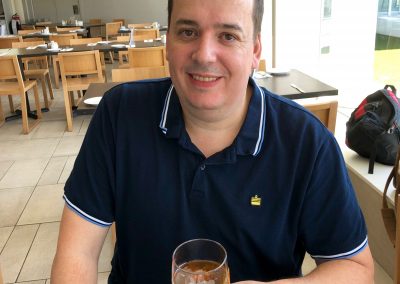 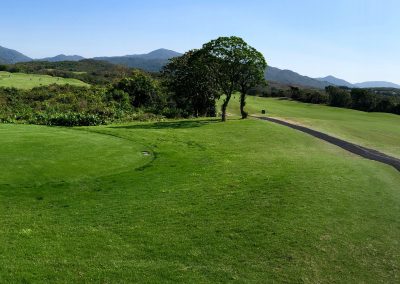 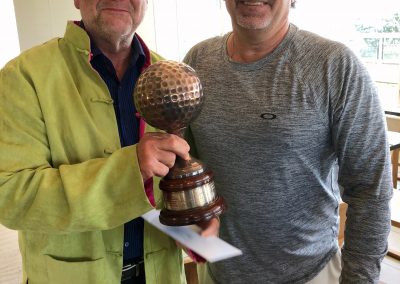 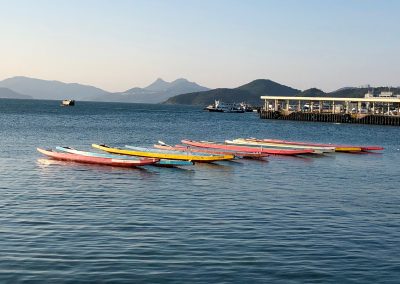