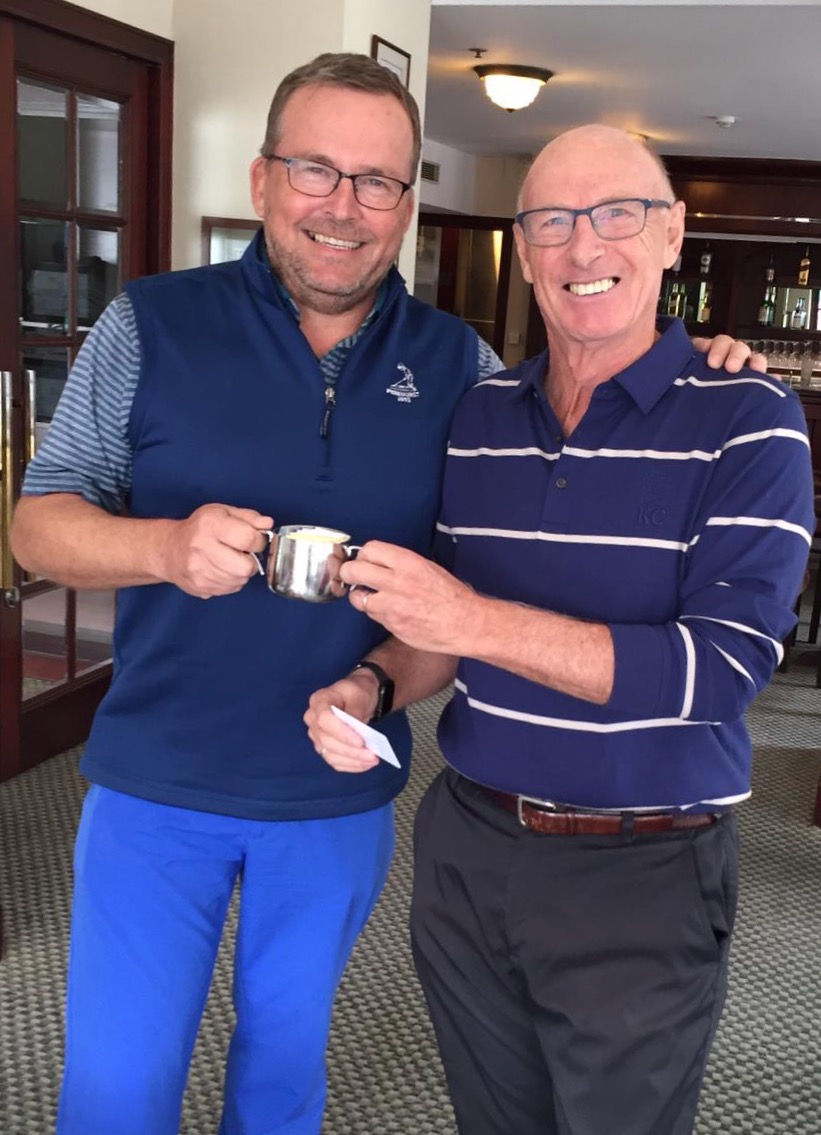 The first event of the year saw us out on the New Course with some astonishing results.

Jim did not only get a LD, a NTP and a 2 but also managed to become the keenest golfer for the second time running. JP, the batteries on the watches are dead. Jim will talk to you about that.

Stephen won the shot of the day for topping his driver not once but twice and still achieving a par on one of the holes. Never happened before and I am not talking about the Par.

After a drought of 2s towards the latter end of the last year, we had a formidable 9 this time around with a payback significantly below the December event. Less than a tenth to be exact.

The inaugural putting competition went well with Roger and Carel on an excellent 28 puts. Raj and Richard did not read the manual and only put in a team score so I made their puts up.

The team comp was also a putting competition with a HC applied. This was won by Vance, Dave and Roger with a net 86 puts followed by Stephen, Carel and Mike on 87 puts. Hope you all enjoyed that.

Another first, all 3 last placed players were in the same group (Jim, Martin C and Andre). This gave the group that followed behind them a lot of swing practice whilst they were waiting and they finished 1,2 and 3 (Roger, Dave, Vance)

Which means that Roger won the Slazenger Trophy, and Dave came second with Vance snatching up the front nine and Peter the back nine.

All in all a good day out with some solid scoring and many OOM points for the top ranked players.