Thanks to Typhoon Mangkhut, this year’s Stroke Play Challenge had to be moved to Kau Sai Chau North course as Fanling was badly damaged by the typhoon.  As it turned out, we were blessed by perfect golfing weather, with light winds, overcast skies and cool temperatures.  With the North Course greens now using the same grass as installed on KSC East, they were very healthy and in good condition, although unsurprising running pretty slow being a public course.   Also there seemed to be very little boar damage on the fairways.  Maybe the typhoon scared away the piggies?  Given massive rain the previous day, JP had decided to play place on the fairways which turned out to be very sensible as most balls wound up coated in mud after the drive.

The best 17 holes of the day by far were recorded by Andre Kriesel who would have shot 76 had he made a par on the relatively straightforward 16th hole.  Unfortunately somehow he managed to accumulate 12 shots instead of 4 on that hole, and given the stroke play format every one counted!!  Let’s hope he takes that kind of form to Pattaya with him where he will be appearing again as guest star for the Big Sai Wan team.

Excellent scores were also recorded by Alessandro and Randy, but on a count back with a creditable 1 over par back nine was …. yours truly..

Thanks as ever to our sponsors Golfasian and Uncle Russ’s Coffee. 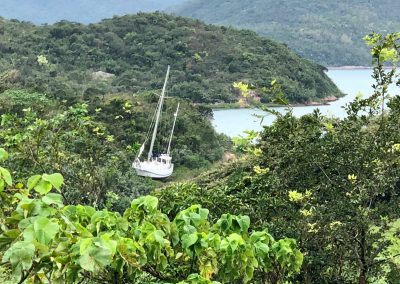 What happens when a boat tries to play golf 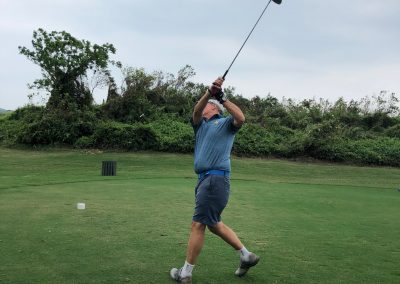 A swing a mother couldn’t love 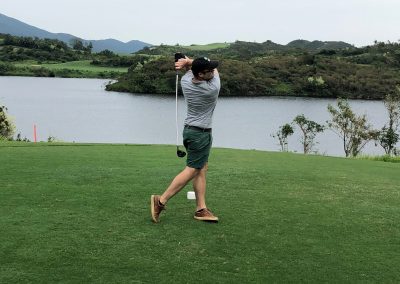 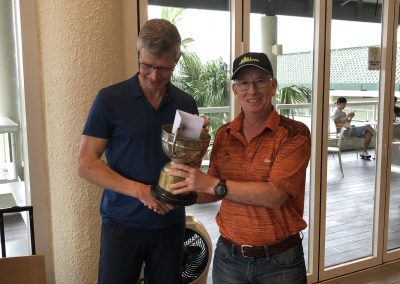