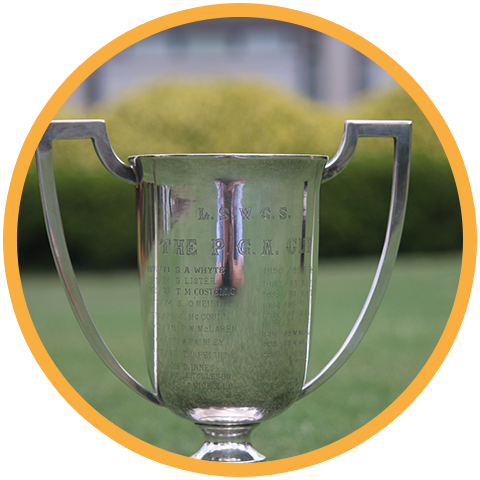 We were greeted at Fanling with a chilly reception as the temperature on arrival was around 8 degrees Celcius.  Everyone was suitably wrapped up and expecting a frosty day.  However after a few holes, with the sun blazing in the sky, multiple layers started to come off and we played most of the event in beautiful golfing conditions.

The greenkeeper however had decided that we were not going to have too much fun, and not only cut the greens to lightning speed, but also shaved all the fringes to the raised greens on the Eden course, so balls landing a few feet short rolled back 20 or more yards off the green leaving horrible chips to elevated playing surfaces.

The event was also being used to play the final of the 2017 match play event between Duncan Spooner and Nigel Farmer.

The PGA Cup was in the end decided without countback in favour of Dale Willetts who managed to negotiate the tough greenside areas better than most and recorded 38 stableford points piping Lorenzo Zimmermann who had an excellent 36.  Well done Dale.

The match play finalists however had other ideas.  Finishing level after 18, they marched back down the 18th fairway to play the hole no fewer than 4 times in a desperate effort to settle the match.  Every 10 minutes or so, everyone  gathered in the Members lounge would rush out to the 18th green as the combatants appeared again, only to go back inside as the hole was halved again.  At one point (I think effort 3), Nigel bogied the hole and Duncan rolled his first putt down the slick green to within three feet, but then missed the par putt, and off they went again.

Sadly after a great match, on the fourth time of asking Duncan span his approach shot back into the front greenside bunker, and then spent a while imitating the Hamlet advert leaving chunk after thin in the bunker, while Nigel looked on from his position a few feet from the hole trying not to look too smug.  In the end Duncan decided that life was too short, and conceded the match to Nigel, leaving him as the 2017 match play champion.  Well done to both finalists, and especially Nigel for outlasting Duncan in the play-off.

We retired to the Members Bar where Little Sai Wan has now been permitted to use again following JP’s efforts to produce a positive article regarding the possible re-development of the club.  Ironically this was a perfect day for sitting outside, but JP was not going to miss the opportunity to use the bar! 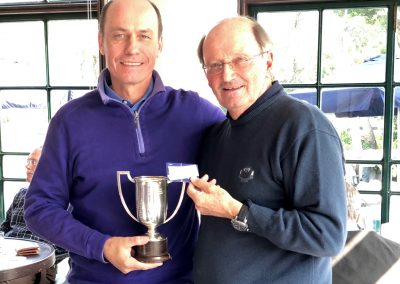 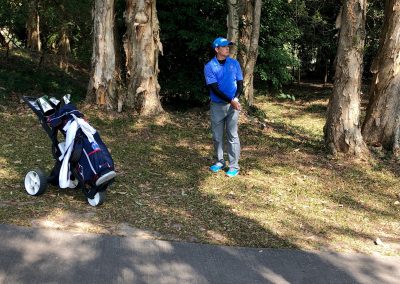 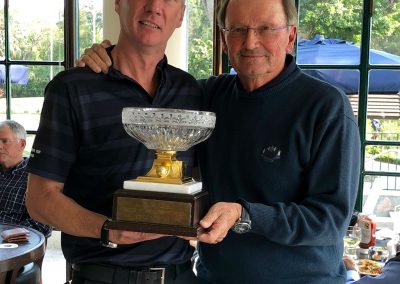 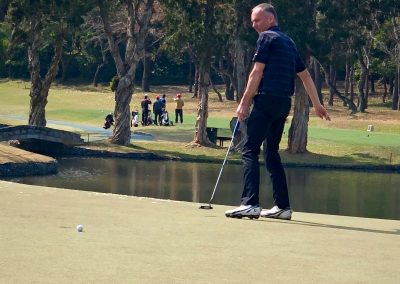 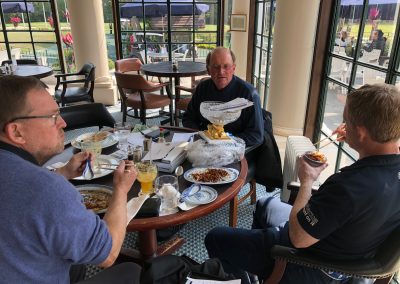 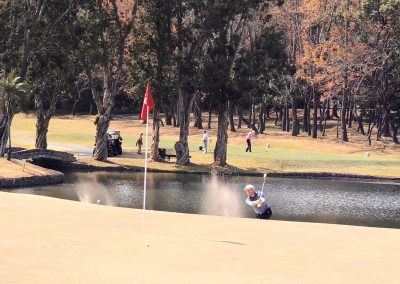