Despite playing at 7.50AM, the heat was extreme, but we all enjoy the beautiful Old course with excellent greens and perfect fairway condition.

It is also clear that guests cannot participate to nearest Pin or longest drives, but the same Frenchman Eric D. add the name of his son Jean Louis on all the flags..

Good try Froggy and in Thailand you would be fined for this abuses..

This yellow ball competition was a stress for most of the team, and all of them got rid of their yellow ball within the first three holes… Only one team manages to bring back their ball in the Club House and the winners were Lorenz, Martin and Nigel Fu..

Well done guys, but Martin.. and Wes Jones  I am wondering why you have a collection of yellow ball in your bag….(???)

Keenest golfer : hot contest between Wiil Glover, but Wes Jones could not recover from his Covid isolation and suffered from the PWS ( post win syndrome) Last time he won with 41 pts, but today he manages 88 net score….

And here we come to our froggy again.. Out of three players with 70 net : Eric Desgouttes won the runner prize of 1000$ on count back… Well done Eric..

And the winner with a net 66 and a gross of 74, Mr Bionic Terry Wright. Brilliant performance  after his hip surgery , and obviously those Kiwi doctors are good…

Terry will loose three strokes for the next event for this brilliant performance. 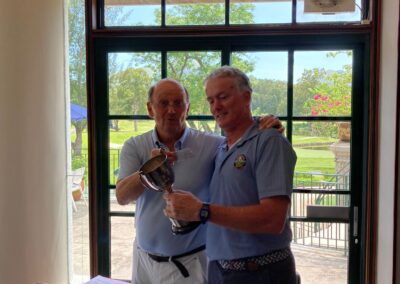 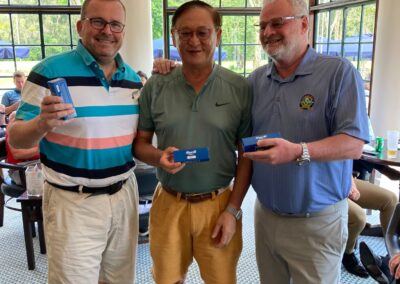 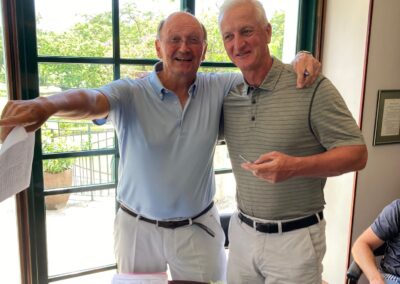 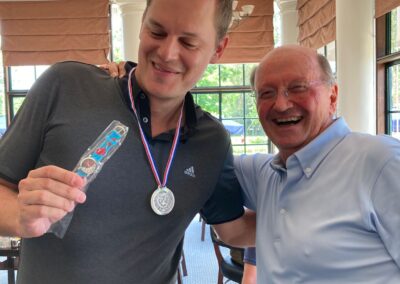 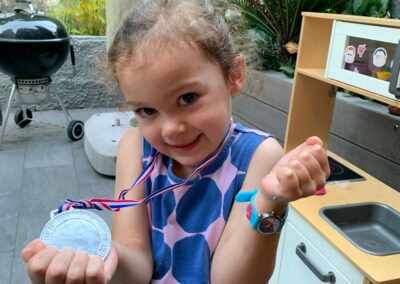