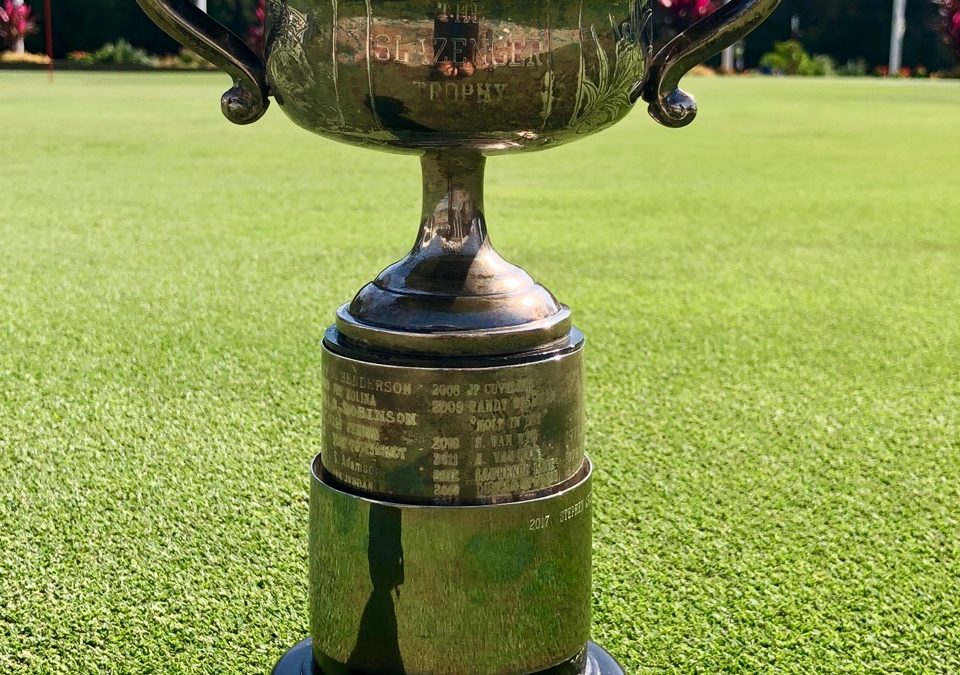 For the first event of 2019 we were blessed with perfect weather on the New course.  Cool temperatures, blue skies and a gentle breeze.  All set for some low scoring, but would anyone deliver?

I was playing in a team with Jonny Brock and Joe McNeil, so basically I was playing my second shot first every hole!  We had a mediocre start, and then on the 9th hole Joe went berserk and birdied 9 after hitting the trees left off the tee, 11 after easily reaching in two shots, 12 to pick up a 2 and some cash for the bar, and continued to cruise home for an easy victory.  This is after he delicately chipped his ball into the bunker on the 5th from next to the green and walked away with a double bogey.  Just as well or his handicap would be dramatically reduced next month.

Jonny and I played OK so held out some hope for the team event as clearly Joe had put in a great score.  Jonny was surprised that we lost out to Carel’s team as none of them had scored that well, and indeed a quick check of the scoring indicated that JP had added given them 4 points too FEW …. but then added a random extra 9 when he added it up!  So eventually we were able to claim a sleeve of shiny TP5’s kindly sponsored by Justin Davies and The Fry Group which Joe was able to add to his huge pile of trophies and goodies.

At the other end of the spectrum, Steefan (who always seems to peak when he plays me in the knock out) had a less than stellar day out and walked off with a rather attractive ladies watch. 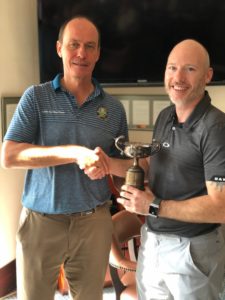 Joe with the unengraved and dirty trophy returned by Mr Ahmoye. Huge fine?? 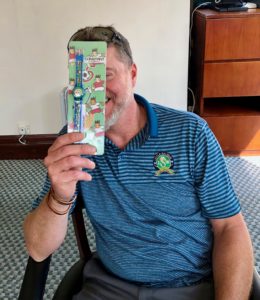 Steefan justifiably coy about his performance