On Monday June 25, 2018, Hong Kong Football Club and Little Sai Wan, two of the oldest and most storied golf societies in Hong Kong, met for their fourth annual event at the Macau Golf and Country Club. Terry Wright, HKFC captain, carefully selected his team based on an historically successful strategy of selectively bribing members of LSW, who were also members of HKFC, to play for HKFC. Funds exchanged in executing this strategy are currently unknown, but rumoured to be quite large, and are now subject to ICAC investigation.  HKFC had never lost in this prestigious event with two wins and a draw. JP Cuvelier, LSW team captain, built his team around a highly selective, extremely analytical, two-month process to pick those LSW golfers who matched effectively against the expected HKFC behemoth.

On match day, in a brilliant motivational move, Captain Cuvelier, announced that each team would have a beer bitch for the return trip to Hong Kong based on the worse match play score.

And then the games began.

In a brief glimmer of hope for HKFC, Terry Wright defeated Jim Costello 4 and 3. LSW 2 HKFC 1.

But then the floodgates opened. Ryan Black defeated Bill King 2 and 1. LSW 3 HKFC 1.

Noel Prentice, after being down 5 after 8 holes, halved with Gordon Marsden. LSW 7 HKFC 2

Noel Prentice, LSW team member and sports columnist for the SCMP, described the match as one of the most dominating performances he had witnessed in his 20+ years covering sports in Asia.

In the after-dinner award ceremonies, a shell-shocked HKFC Captain Wright, with obvious difficulty, graciously composed himself and awarded the trophy to LSW Captain Cuvelier.

Note to beer bitch in future matches, do not purchase Macau Beer. 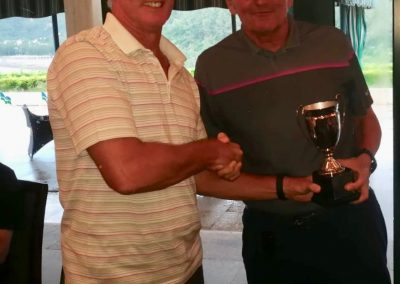 Terry smiles through the tears! 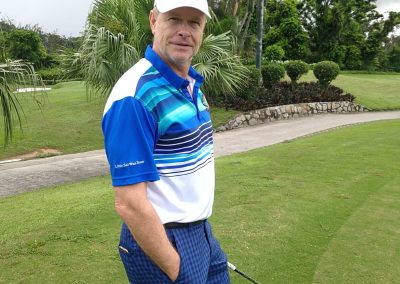 The silent assassin considers his next victim

Duncan didn’t look so cocky after his match with Andre! 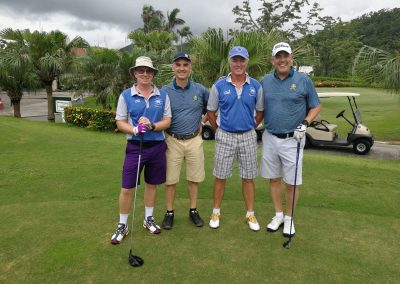 Dallas and Terry take on 2 ringers dragged in by JP