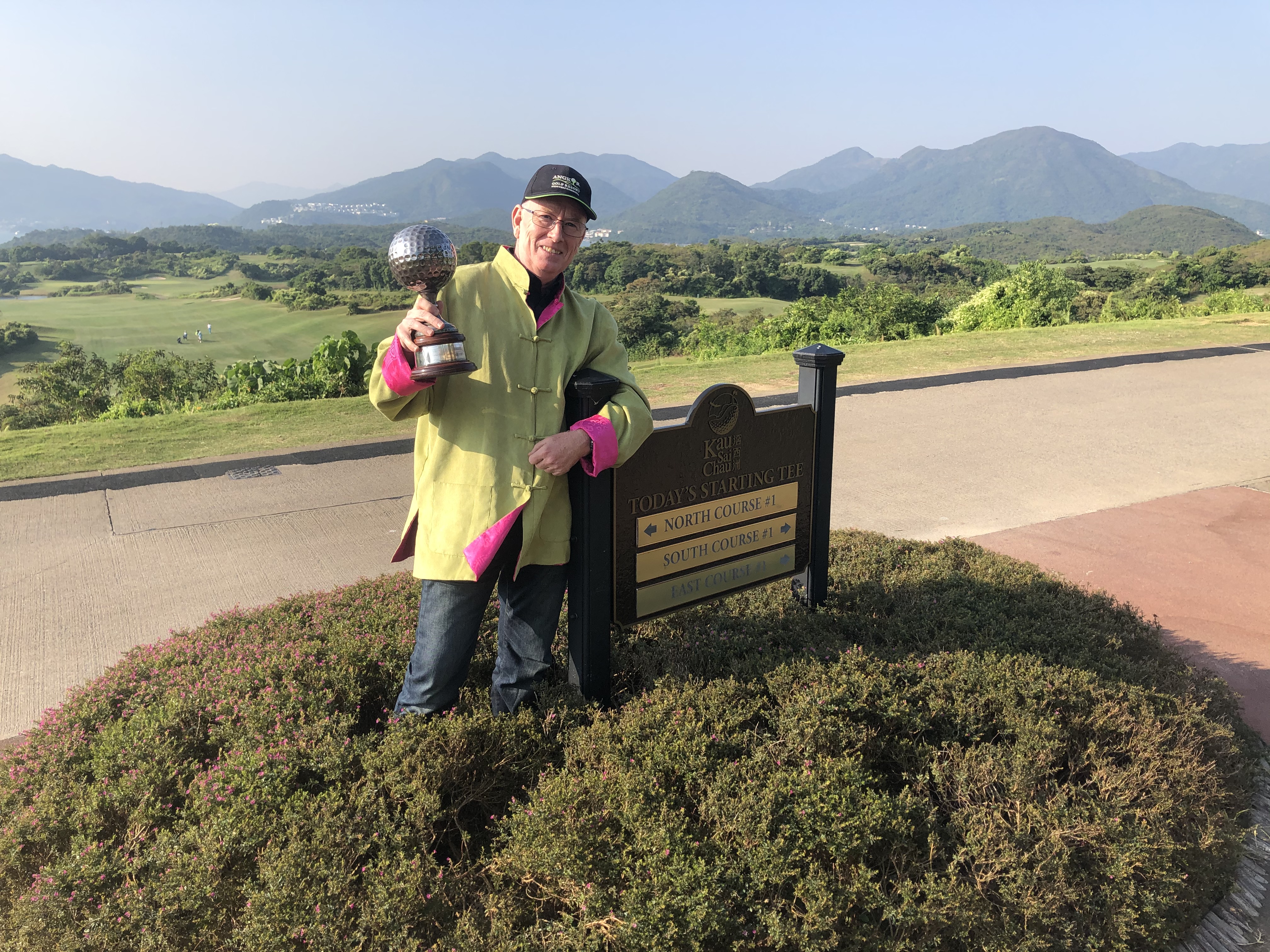 A very fine day yesterday out in Kau Sai Chau, albeit with winds being quite a challenge.
Dallas Reid was the worthy winner as Mr Steady, 39+39 for gross 78, resulting in 18+18 Stableford points. Not far off, our new member Peter Boothby who scored a very fine 35 points with 23 point on the back nine. Jim Costello, another new member, shot 83 to clinch best gross, whereas Clinchie won a beautiful putter cover which should help him avoid getting the keenest golfer trophy in future.
Shot of the day was by JP, well deserved and very memorable.  For more details on how he earned this you should ask the man himself.  Close runner up on shot of the day was Nigel Farmer, who tried to live up to his name by taking large chunks out of the course.
The team event, a better ball with a twist, was won by Jim & JP, the surprise team.
On the order of merit side, Noel has now moved up into first position, with three other players still in contention at the December outing. This week we saw 3 new players appearing on the order of merit list, Peter, Jim and Roger. Notable contenders for next year’s OOM trophy.
Thanks to all of you who played. Those who didn’t will be delighted to hear that the 2’s purse is now $1,650, to be distributed at our last event for which the invite will follow shortly.
Details of the team event below.
81119 team event

JP shooting himself in the foot at Lotus Hill!